It’s been a while since I reviewed a camera. Well here is a camera I bought this year. I have the full frame version of the camera the Olympus trip, but never really liked it. This is the half frame version the EE3. And I like it a lot more. That is probably due to the fact that the light meter works correctly. These camera’s use selenium cells as power for their light meter and they don’t always work anymore. 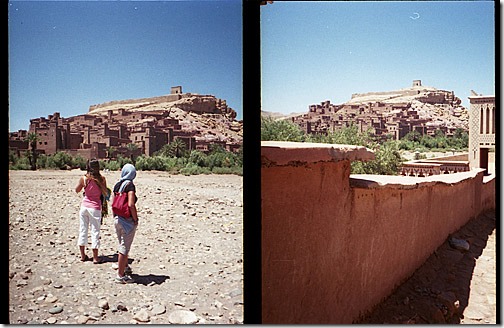 I have another half frame camera I enjoy the tiny Golden Half. But I prefer the Olympus pen because of the quality of photos it can make. A nice sharp lens that produces great images. It’s fully automatic, you just need to see the film speed and the aperture and shutter speed are set automatically. If the scene is too dark a red flag will pop in the viewfinder and not allow you to take the photo. You can override this by manually selecting the aperture, I have an example below.

The camera is not light, but I like the nice sturdy feeling. Because it is a half frame camera this gives you 72 exposures on a standard 36 frame film roll. And because the photo’s are normally framed as portrait, this changes the normal perspective you have.

Because of the nature of half frame I like to think of all the composition possibilities taking  into account multiple frames.

With half frame camera’s this allows you to shoot a style of panorama’s.

Or you can get more creative and start flipping the camera and mirror images.

You can play with horizons and frame the same subject in a very different manner. 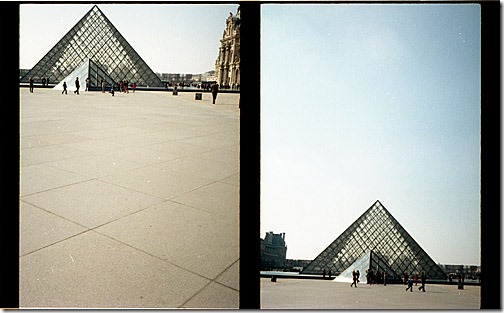 You can also consider themes like here I did for country roads. And line them up next to each other while shooting. It makes you photograph with a theme in mind.

Here is a 3 frame panorama of a cruise ship in Rotterdam.

Here is a photo where the red flag popped up indicating the scene was too dark to get a good exposure. So I moved the front dial to 2.8, the largest aperture and took two shots and the resulting image is not too bad.

Here is a theme of 5 pieces of the Berlin wall next to each other. You do have to remember the composition and subject of your previous frame so you can frame it up nicely.

Overall its a great camera. I enjoy taking it with me especially when travelling because of it’s ability to give my 72 exposures and giving me a certain creative perspective because of its half frame nature.